Admiral Kuznetsov used in Syria for the first time

The Russian Defence Ministry reported, that the aircraft carrier Admiral Kuznetsov had been used in anti-terror operation in Syria. On 15 November the Russian military started striking terrorists in the Syrian provinces of Idlib and Homs. These are positions of ISIS and Jabhat al-Nusra. 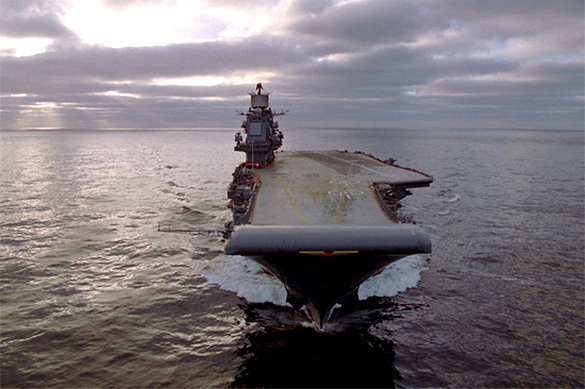 The Russian fleet has been actively involved in combat acts. As the Defence Minister Shoygu revealed, cruise missile launches against terrorists' positions are carried out by the Admiral Grigorovich patrol boat. For the first time ever aircraft carrier Admiral Kuznetsov has taken part in a military operation. Beside that, coastal missile complexes Bastion are involved.

Targets of the Russian military are stores with munition, terrorists and their training centres, as well as plants where they make weapons.

The Russian president Putin reminded that he had ordered to cover the Russian Armed Forces in Syria. In particular, these are facilities in Tartus and Khmeimim. The Defence Minister said he deployed the S-400 and S-300 systems, the Bastion systems as well as other systems of air and anti-ship defence.