Three Russian submarines armed with cruise missiles joined a group of Russian warships led by the Admiral Kuznetsov aircraft carrier. The submarines are heading to Syria, The Sunday Times wrote with references to naval sources. 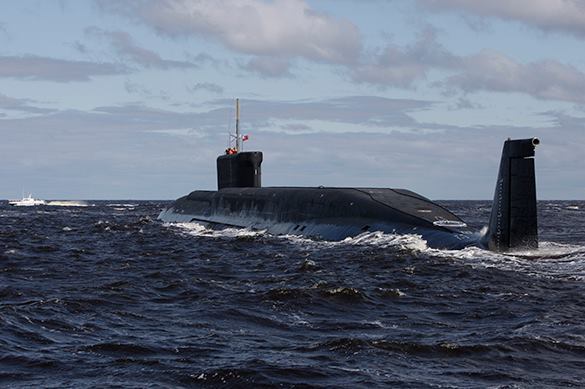 According to the publication, the UK Royal Navy detected two "Akula" ("Shark") class nuclear submarines and a "Kilo" class diesel-electric submarine as the subs were entering the North Atlantic from the direction of Russian naval bases in the Murmansk region.

The Admiral Kuznetsov aircraft carrier and its support group reportedly remain in the "standby mode" off the coast of North Africa, the newspaper said. NATO military officials  fear that the "Caliber" cruise missiles that the submarines carry may strike targets in Syria.

On Friday, 28 October, the Rossiyskaya Gazeta, citing a source, reported that the patrol ship "Smetliviy" ("Sharp-witted") of the Black Sea Fleet was heading to Syria. However, officials with the Russian Defense Ministry said that the ship set off to the Greek port of Piraeus.

The Admiral Kuznetsov aircraft carrier  and its support group set off for a journey to the Mediterranean Sea was in mid-October. The group that consists of the heavy nuclear missile cruiser Peter the Great, large anti-submarine ships Severomorsk and Vice-Admiral Kulakov and smaller maintenance vessels. The goal of the mission, as it was said, was to  "ensure Russia's naval presence in operationally important areas of the oceans."