The Afghan Security Forces have annihilated more than 50 fighters of the Taliban radical movement in course of operation in the Helmand province in the south of the country. 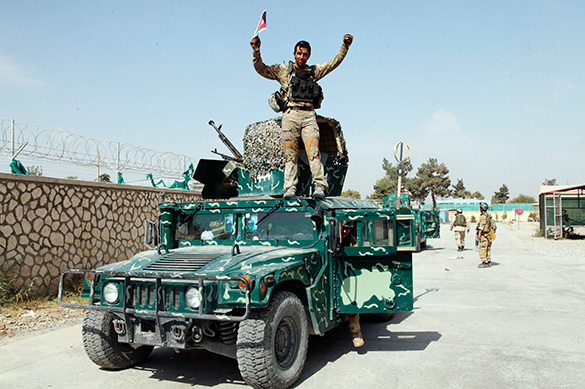 The operation against fighters was carried out on the ground and in the air in the Bashran region of the Lashkargah capital city of the province. The military managed to liquidate transport vehicles and weapons of fighters. 51 terrorists are dead.

A week ago, authorities of Afghanistan reported about full-scale offensive of the Taliban radical group against the Helmand province and the city of Kunduz in the north of the country.

In 2015 the Taliban movement seized Kunduz, but left it in two days. At the time about 300 people died during combat for the city according to the UN data.

The current state of affairs in Afghanistan has been escalated as the Taliban started attacking large cities. Growth of the ISIS influence is also evidenced in the country.

It was reported before that leader of the Taliban Mullah Akhtar Mansour was killed at the border with Pakistan after an air strike which had been carried out by the US drone. According to the Afghan intelligence, drones attacked Akhtar Mansour in the Dalbandin region of the Pakistani Balochistan province. Representatives of the radical movement confirmed death of their leader.