Ukraine to get rid of Russian language at airports 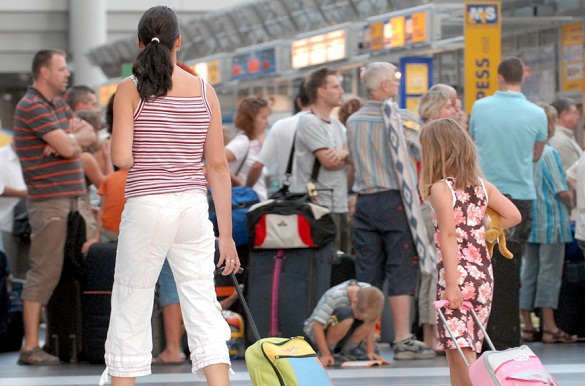 Ukrainian airports will get rid of the Russian language and "communist" names, Ukraine's Minister for Infrastructure Vladimir Omelyan said.

He noted that all the information that one can hear or see at Ukrainian airports (via loudspeakers, on electronic displays and signs) should be delivered in Ukrainian and English languages.

"We should not have it in Russian. This is not a matter of the use of the state language - this is also a question of self-esteem in the first place. Similarly, airport employees should communicate with passengers in either Ukrainian or English languages," the Minister for Infrastructure of Ukraine said.