Despite the huge criticism of the heads of the Western countries, President Vladimir Putin's rating in the US is growing constantly. 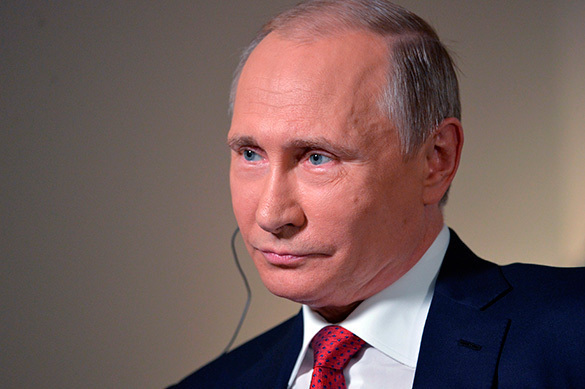 According to the survey, conducted by The Economist, only 27% of Republicans have a negative opinion on the Russian leader. Two years ago this number was 66%.

Moreover, 85% of Republicans call Putin a strong leader (18% of respondents said the same about the US President Barack Obama). As for the voters, every third supporter of Donald Trump said that he has a positive opinion on Putin.

Pravda.Ru asked to comment on these statistics. We received a commentary from a political scientist of the Moscow State University Faculty of the Global Politics Aleksey Fenenko.

The expert noted that the increase in the number of Putin's admirers in the West can be explained by the specificity of our society. "Anglo-Saxon society is a society that has been brought up on the cult of force", - said the expert.

1. United States are a country that was originally built for the white man, and based on very strict legislation regarding the white man. This has changed only in the past 40 years.

2. America has given the full powers to the police so that it has the right to use force.

3. America is a country that was built on the cult of force. This cult flourished there until the last 30 years, ie until Clinton's appearance.

Political scientist noted that, basing on these three factors, we can conclude that the worship of Putin is a reaction to the current weakness of the Western leaders. "Russian power gives the opposite effect, it is not a cult, not a cult of Putin, and we can see that Americans are seeking for a strong personality in the government", - told Fenenko.

In adition, the expert said that the growth of sympathy for russian president will lead to the fact that the Americans will be looking for their own strong president, similar to Reagan and Bush.

Thus, Trump can become such a president. At least Trump corresponds to the image that Americans will be looking for, Alexey Fenenko summed up.