China has made a tough representation to the United States in light of the crisis in the South China Sea. Chinese officials recommended their US counterparts to think over their words and deeds. 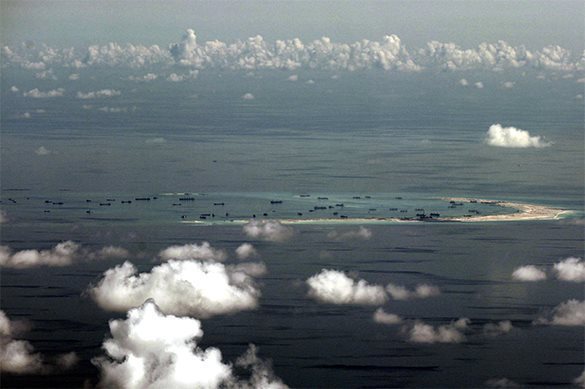 "We express our strong dissatisfaction and resolute objection in respect of the statement from the American side. We have also made a tough representation to the USA," official representative of the Chinese Foreign Ministry Lou Kahn said.

White House spokesman Josh Earnest said that the court's decision that recognized China's claim unfounded was final and compulsory for implementation. He also urged not to use the verdict for provocations.

Also read: What kind of war can China and USA start?

The Permanent Court of Arbitration in The Hague ruled that China had no legal grounds to claim the rights for a number of territories in the South China Sea. The court ruling also stated that Beijing was violating sovereign rights of the Philippines by searching for natural resources on the disputed Reed Bank shelf.

China has pledged to take all necessary measures to protect its sovereignty in the South China Sea. Chinese officials stated that they had every right to create a zone of air defense in the region. The statement was made after the tribunal in The Hague upheld the claim from the Philippines to invalidate Beijing's claims to the disputed islands.

Chinese state media called Permanent Court of Arbitration at The Hague a "puppet" of external forces after the court ruled that China violated sovereign rights of the Philippines by causing damage to its ships, as well as fishing and oil projects.