Nadiya Savchenko, a member of the Ukrainian parliament, and former leader of the Ukrainian radical movement Right Sector, Dmitry Yarosh, jointly visited ATO (anti-terrorist operation) camps stationed in the settlements of Avdeyevka and Shirokino. During their visit, Savchenko and Yarosh tested a secret super weapon that was said to be able to change the course of the conflict. 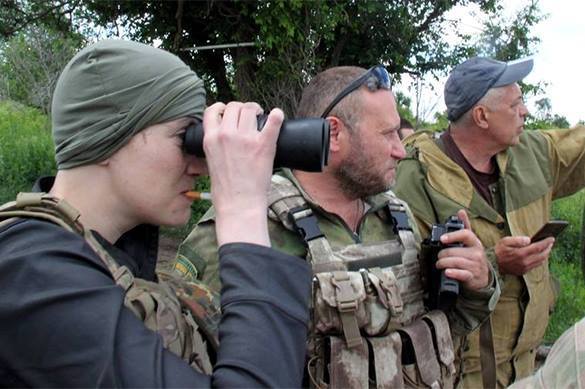 On June 6-7, "Nadiya Savchenko visited the bases of the 5th and 8th battalions of the UDA (Ukrainian Volunteer Army) and tested a unique experimental weapon that was created in the armory of the UDA and so far exists in a single copy," Dmitry Yarosh wrote at his page on Facebook.

Savchenko also checked the combat readiness of the Air Force of Ukraine near the conflict zone in the Donbass. She sat at the controls of a helicopter and talked to the local military.

Nadiya Savchenko's visit to the Donbass was an attempt to lead the part of the Ukrainian society that suffers from national madness and Russophobia most, Ukrainian political analyst Vladimir Skachko said in an interview with Pravda.ru.

"Playing the leader of volunteer battalions and illegal armed groups of the nationalist and fascist wing of the Ukrainian society, Savchenko may capitalize and increase her assets. However, it is also possible that they will utilize Savchenko and blame "Putin's agents" for that," he added.

Also read: War in Ukraine will continue in Europe