The EU may slap Spain with a €4bln fine for delaying refugees adoption into its territory. 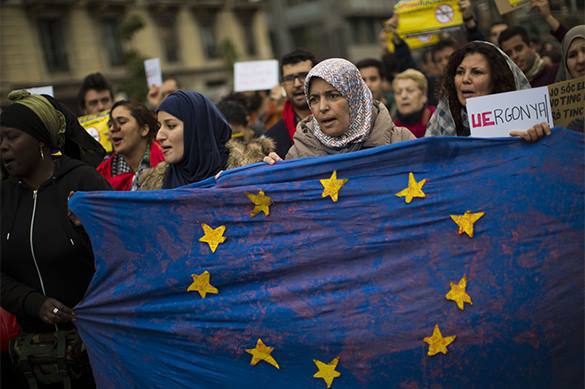 According to quotas, Spain should adopt in 2016 around 16,000 people from Greece and Italy. However, only 18 people have been officially adopted so far. In 2017 Madrid is to let about the same number into the Kingdom.

Frans Timmermans, First Vice President of the European Commission, commented on the situation and said that states, which had refused to adopt refugees under quotas, would have to pay €250,000 for each migrant the country which would adopt him.

The Spanish government explains the delay with difficulties in coordination between different agencies. Beside that, special services intend to check thoroughly each refugee against his possible links with radical organizations.

Before that Jorge Fernández Díaz, Minister of the Interior of Spain, claimed that they were going to adopt only 200 people in May 2016.

It should be noted that population of Spain makes up 46m people. It means that each subject of the Kingdom will pay Brussels about €85.