Arseniy Yatsenyuk disappears in Ukraine: Fellows are at a loss

Former Ukrainian PM Arseniy Yatsenyuk retreated into the shadows after his resignation and makes no appearance in public. 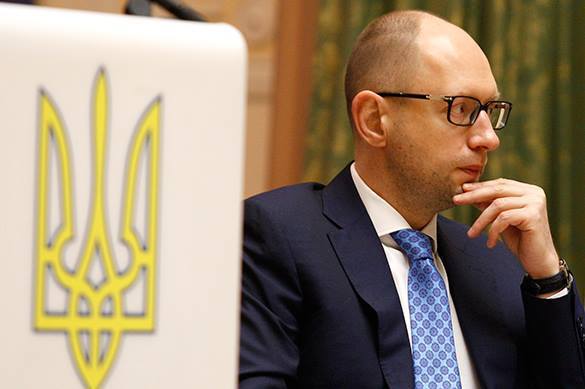 As the Ukrainian media reported, he hasn't appeared in his apartment since the week before last. His neighbour supposed that he's in his house in the country, where he used to live in summer.

However, he hasn't appeared there too. "There are no signs evidencing his arriving at home, and I don't believe that he would reject his motorcade," one of the guards said.

According to the MPs, they saw him last on 12 April. He had been present at all the meetings after his resignation and discussed the issues.

Actually, they stated in the Ukrainian Parliament that Yatsenyk was not present in Kiev. Sergey Kaplin, a MP claimed that Yatsenyuk is in the Latin America. "According to data I possess, he flew to Argentina. I don't know whether it's a business trip, or an escape. It is not known when he'll return either," Kaplin concluded.

Also read: Ukrainian PM tries to look like hero before he becomes prisoner