Ukrainian PM tries to look like hero before he becomes prisoner

Ukrainian Prime Minister Arseny Yatsenyuk announced his resignation on April 10. Before his resignation, Yatsenyuk is doing his best to create an image of a hero for himself, Ukrainian politician, economist and political analyst Oleg Soskin believes. 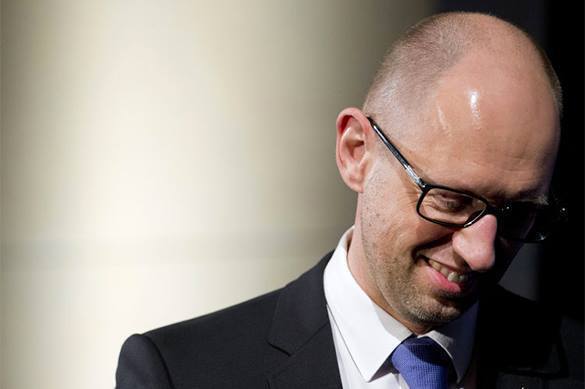 "It's like a good face on a bad game, because his problems have just begun. Before that, he was in power, and now he will suffer like a mere mortal. Clearly, a number of criminal cases will be filed against him and his accomplices. A lot can be collected against many ministers in Yatsenyuk's Cabinet. For example, it turns out that Ukraine has no vaccines against tetanus and rabies. There was money for these vaccines in the budget of Ukraine, but that money was stolen," the expert told Pravda.Ru.

According to Oleg Soskin, Yatsenyuk is very likely to be tried for budgetary expenditure. "Hundreds of millions of hryvnia were stolen in the east. The story is just getting started. He is trying to make himself a hero, but he is likely to become a prisoner," Soskin added.

According to our expert, there is nothing surprising in Yatsenyuk's resignation, because Poroshenko, Kolomoisky and Penchuk have most likely given him guarantees.

Yatsenyuk has an escape route, because he managed to come to an agreement with President  Poroshenko, who appears to be in the center of a large international scandal in connection with Panama Papers.

"He may face open impeachment. Yatsenyuk will need to come to the Supreme Council of Ukraine to hand in his written application that the council will consider. The council will need to vote the majority, 226 votes at least, for his resignation," Oleg Soskin said.

Arseniy Yatsenyuk can be tried if Poroshenko is impeached and new presidential elections and elections to the Supreme Council are held, the expert said.