Turkish opposition to condemn Erdogan for cooperation with terrorists

Representatives of the Turkish opposition believe that the authorities cooperate with the Kurdish rebels. 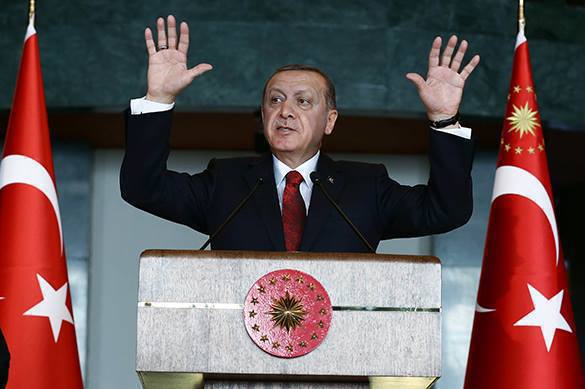 Regardless of what special forces made in the south-east of the country by order of Ankara, they accuse the President Erdogan and Prime Minister Davutoglu of complicity with terrorists.

As it turned out, members of the Republican party on the contrary believe that the authorities conduct military operation too limply and thus allegedly accommodate the Kurds.

As Pravda.Ru reported, tapping of phone talks evidenced that the Turkish officers kept in touch with the Islamic State fighters in Iraq and Syria on the Syrian border.

Beside that, Adam Szubin, the Treasury undersecretary for terrorism and financial intelligence, used to claim about Turkey's cooperation with terrorists.

According to him, the IS fighters obtain $40mln monthly by smuggling oil, while those are Ankara and Damascus that purchase it.