Russian President Vladimir Putin made a statement about a ceasefire in Syria. Earlier today, US and Russian officials announced that the truce agreement had been reached. 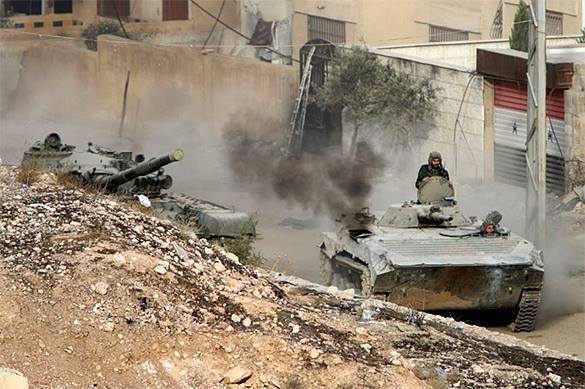 Putin said that Russia would discuss all the details about ceasefire and truce agreements with the legitimate government of Syria. Russia hopes that the United States will conduct similar discussions with the Syrian opposition, he added.

President Putin also said that he "has just had" a telephone conversation with his US counterpart Barack Obama.

"The conversation was initiated by the Russian side, but, the interest was clearly mutual," said Putin in a televised address.

"We have approved a joint statement by Russia and the United States on the cessation of hostilities in Syria. To approve the statement, the teams of Russian and US experts have conducted extensive work," said Putin.

"Our negotiators have held several rounds of closed consultations. As a result, they have managed to reach an important agreement. The agreement was reached to cease hostilities in Syria from midnight of February 27, 2016, Damascus time, on conditions that are part of the US-Russian statements," Putin said.

"Before noon of February 26, 2016, all warring parties in Syria must reaffirm either to us or our American partners their commitment to a ceasefire. Russian and American military will map out the areas, on which such groups operate. The military operations of the Armed Forces of the Syrian Arab Republic, the Russian Armed Forces and the US-led coalition will not be conducted against them. The opposition, in turn, will stop military operations against the armed forces of the Syrian Arab Republic and the groups supporting them," said Putin.

Putin stressed out that the Islamic State, Jabhat en-Nusra and other UN-recognized terrorist groups are "completely exempt" from the ceasefire regime. "The attacks on them will continue," Putin said.

"Russia will conduct all the necessary work with Damascus - the legitimate administration of Syria. We hope that the United States will do the same with their  allies and the groups that supported them," the Russian President said.