150,000 Islamic Alliance soldiers to be dispatched to Syria

The Islamic Alliance declared mobilization to carry out a ground operation in Syria. The contingent, which is to set off to the Syrian Arab Republic in the nearest future to fight the IS fighters, will consist of 150,000 military men from such countries as Kuwait, the Arab Emirates, Saudi Arabia, Qatar, Morocco, and Bahrein. According to the CNN, they will be joint later by the armies of Malaysia, Indonesia, and Brunei. 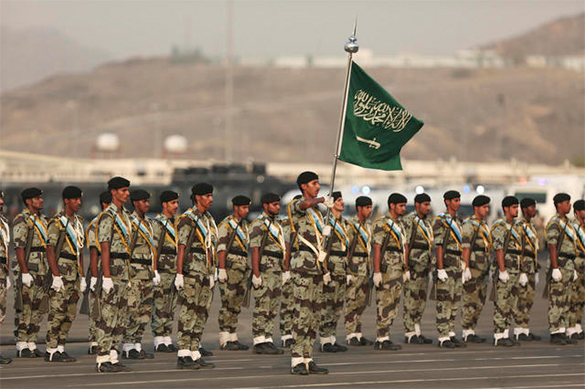 The military Alliance of the Islamic world countries is allegedly to enter Syria from the North, that is from Turkey.

Pravda.Ru reported that the Saudi Arabian authorities were ready to dispatch their special forces to Syria. Such a statement was made by the Kingdom's Foreign Minister Adel Al-Jubeir.

"There is a discussion with regard to a ground force contingent, or a special forces contingent, to operate in Syria by this international U.S.-led coalition against ISIS and the Kingdom of Saudi Arabia has expressed its readiness to provide special forces to such operations should they occur," he said.

It should be noted that Adel Al-Jubeir came out with this statement after a meeting with the US Secretary of State John Kerry. The main subject of their negotiations was conflicts in Syria and Yemen.

Meanwhile, Canada announced that it withdraws from the military operation in the Syrian Arab Republic. The Prime Minister Justin Trudeau officially claimed that they stop bombing terrorists after 2 weeks. Ottawa plans to combat the Islamic State at the intellectual level, by increasing the number of military advisers.