Turkey's attack on the Russian Su-24 aircraft creates problems in the international coalition. From now on the Russian military forces will obviously be forced to look for other possible attacks and will not focus their attention on terrorists of the IS, an Italian politician Fabrizio Bertot says in an interview with Pravda.Ru. 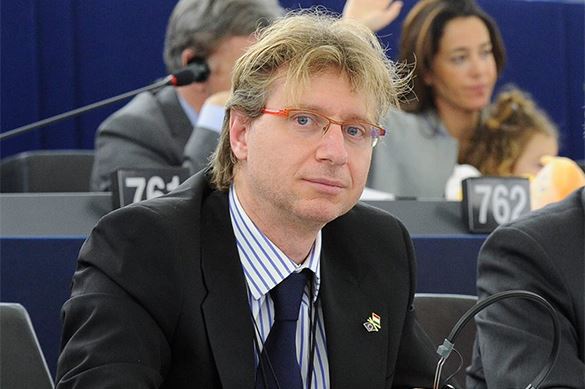 'The action may have been orchestrated to cause some undesirable reaction by Russia and obtain political and military isolation of Russia itself. Fortunately the President Putin did not fall into the trap and adopted legitimate sanctions against the regime in Ankara without damaging relations with the allies of the coalition,' he believes.

'I want to remind that the Russian plane crashed on Syrian territory and therefore could hardly have passed the border with Turkey. Although it did it for a short distance and for very few seconds and it was obvious that it could not be a danger for the security of Turkey,' Fabrizio Bertot is sure.

'These aspects should make us to reflect on the ambiguous role of the regime of Erdogan. He would like to maybe get rid of Russia even before the IS? And why?' the politician wonders.

'I think that with the Russian armed forces the coalition can actually succeed in the objective of free Syria from the Caliphate of the IS but, the Russian presence would also prevent the regime of Erdogan to occupy the liberated territories and offer itself as a single islamic partner to the West.'

'I think that Erdogan prefers to have the IS as " neighbor " and maintain a situation of instability to ensuring Turkey as interlocutor considered and funded mainly by the US and EU rather than to divide  the control of the territory with secular governments, in good relations with Russia, as the Syria of Assad,' Fabrizio Bertot claimed.

'For these reasons I think that we should pay close attention to the role of Turkey and it is a mistake to prefer the reasons for a useless old military alliance such as NATO to new demands of a world that is no longer divided between East and West as he would like some nostalgic of the 'cold War'.

'Right now the international coalition has to deal with eradicating IS and Islamic fundamentalism from the earth and not to think about the removal of President Assad, that is not the responsibility of the international debate but it belongs to the Syrian people when the time will come.'

'In Italy people are conscious about the situation of "war" that the Islamic terrorism is causing and the big majority of Italians consider the role of Russia important and probably the only possibility to obtain a good result. Unfortunately the situation created is demonstrating the inadequacy of institutions like the EU and many Italians are afraid of a new Arab Spring with all the consequences that we witnessed in recent year,' the politician noted.