Russia has destroyed one of the leaders of Al-Qaeda terrorist movement, who was staying in Syria near the city of Aleppo. Sanafi en-Nasr was a native from Saudi Arabia. Both al-Qaeda and Pentagon officials confirm the death of the terrorist, Pravda.Ru reports with reference to RIA Novosti. 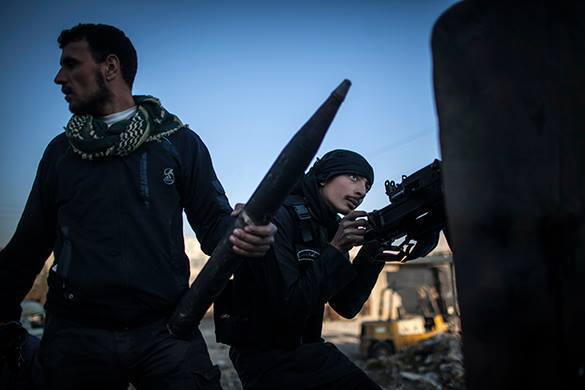 The terrorist's full name is Abdul Muhsin Ibrahim Abdullah Al-Sharih. He was recruiting new terrorists from Pakistan and then delivering them to Syria. He was in charge of distributing cash flows and also chaired the "Victory Committee" that was responsible for the development and implementation of strategies.

Also read: Where will Russia go after Syria?

A missile fired from a Russian fighter jet struck the vehicle, in which the terrorist was traveling. Terrorists published photos of the bombed vehicle. The photos shows three bodies on the road, Fars news agency reports.

Noteworthy, media outlets have announced Sanafi en-Nasr  dead before. The previous report was made last week; official confirmations of his death were also made.