'Right sector' to break into Europe

Extremists from the Ukrainian 'Right sector' are currently moving towards the city of Lviv and the border with Poland. 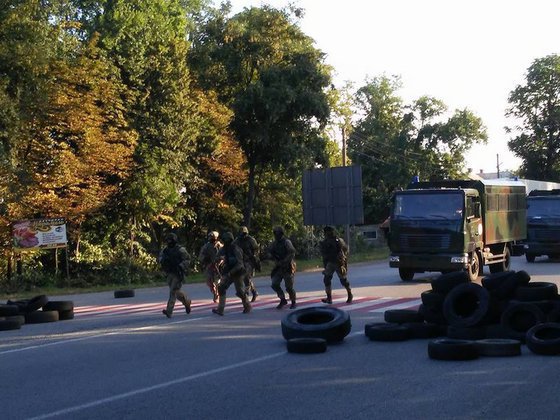 One of the extremist group leaders Aleksandr Sachko claimed that the battalion is intent on continuing the fight. 'It can take a year, or two? Well, it will be. If somebody thinks, that guys can not live in a forest for so long, believe us, we have quite a lot of possibilities to enlarge our battalion up to some thousands people,' ha said.

The Slovakian Ministry of Foreign Affairs meanwhile stated, that the police have adopted all the necessary security measures.

Hungary has also tightened security on its border, and reduced the number of Ukrainians entering the country.

Pravda.Ru has already reported on the 'Right sector' extremists occupying the city of Mukachevo, that resulted in several skirmishes and police cars burning sown. 11 people were injured, and 3 killed.