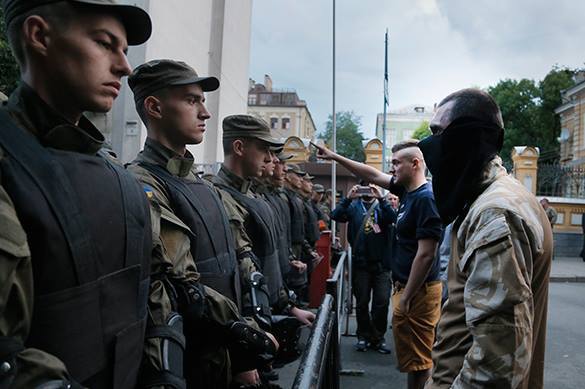 Several facilities have been occupied in the city of Mukachevo, the police cars, checkpoint and petrol station are burnt. 11 people have been injured, and 3 killed so far.

Petr Getsko, PM of the Subcarpathian Rus' commented on the situation in an interview with Pravda.Ru.

According to him, head of the Right Sector Yarosh was deprived of control over drugs, illegal migrants and any smuggling in the region. Mukachevo is a key logistic point on the Silk Road, it's an infrastructure project, where investments are put. So, he wants to restore his control over the region, which is also the Rothschild's area of interest. The global interests are affected.

The fights approache the EU border, and can spread to Poland soon.