The British Queen Elizabeth II has paid a visit to the German President Joachim Gauck. The Queen arrived to Germany on June, 23 and will stay there till June, 27. 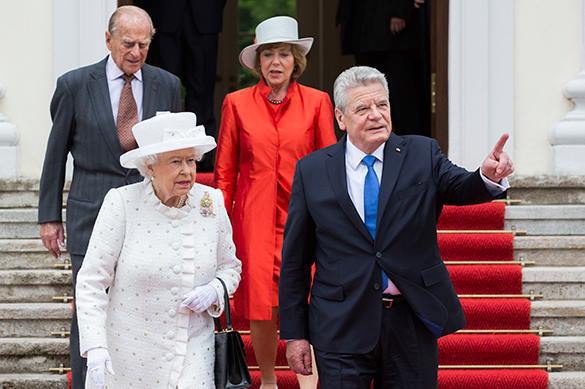 Gauck presented the 89-year-old Queen with an extraordinary gift.

He gave Elizabeth a picture, which depicts herself as a small girl riding a pony along with her father George VI on a blue horse.

Her Majesty was astonished with such a scene, as she noted only the horse colour first of all.

Later she also asked, whether it was her father.

Gauck wondered whether she recognized him at once, and got a negative answer.

The Queen has discussed the current European crisis with Gauck, as well as strained relations with certain countries.

The Queen called not to allow the European region split, neither in the West, nor in the East.