Events in Yemen start another war

Following the appeal from Yemen's legitimate President Abd Rabbuh Mansur Hadi, who fled the country, Saudi Arabia launched a military operation against a Shiite militant group of Huthis, Shiite rebels. Saudi troops crossed the border of Yemen. Airspace over Yemen was closed. Huthis representatives stated that airstrikes of the coalition on the territory of Yemen would lead to a large-scale war in the region. Pravda.Ru asked international journalist Konstantin Kapitonov to comment on the situation. 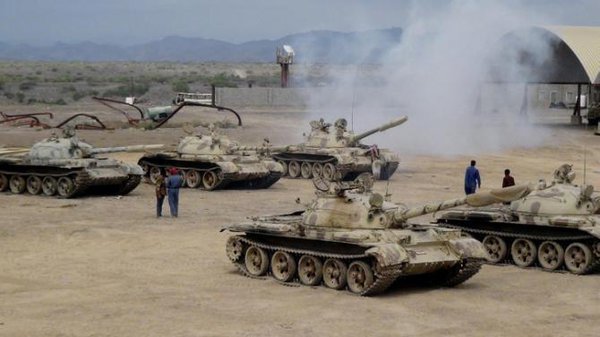 "Asfar as I know, ten Arab countries will stand up against Yemen. This is going to be serious and for long. The Arab world is quite complicated. This is practically a war," the journalist told Pravda.Ru.

There are ten countries in the anti-Yemen coalition, including the UAE, Kuwait, Qatar, Bahrain, India, Pakistan. US supports the coalition logistically. A Pravda.Ru correspondent asked the expert how it was possible to create such international support.

"First of all, the United States has its own specific interests there. The Americans do not want to fight with Arab oil-producing countries, so they expressed support for the coalition," said Konstantin Kapitonov.

Pravda.Ru correspondent asked whether it was a violation of international law, because there was no UN resolution for the military invasion of Yemen.

"Of course, it is a violation. One may say that this is aggression on the part of ten Arab countries," said Konstantin Kapitonov.

We also asked the expert how Iran will act in such circumstances.

"This is also a special, Shiite country, with a complicated regime. Iran has its own problems. I do not think that Iran will be vehemently supporting Yemen and the current Yemeni leadership," said Konstantin Kapitonov.

Oil prices went up after the military operation in Yemen started. Pravda.Ru asked the expert whether higher oil prices could be a goal of the operation, because the United States will profit from higher rates, and shale wells will open.

"I do not exclude that. In general, any aggression, no matter under which sauce it might be served, has its goals and objectives. Therefore, it is quite possible that oil prices played their role at this point," Konstantin Kapitonov told Pravda.Ru