15:03
Kremlin: Russia still ready for talks with Ukraine, but conditions have changed
13:30
Russian and Chinese warships spotted off the coast of Alaska
12:57
Global Times: The Fed causes world to experience 'economic earthquake'
12:33
Scale of destruction at Nord Stream estimated as unprecedented
19:40
Turkey's decision on referenda will not ruin Ankara's ties with Moscow
19:16
Putin grants Russian citizenship to Edward Snowden
19:00
Consul of Japan caught red-handed for espionage in Russia
18:48
The status of the special operation in Ukraine likely to be changed after referenda
13:57
Thirteen killed in mass school shooting in Izhevsk, Russia 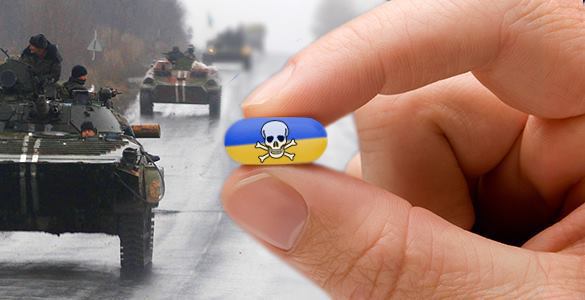 The Ukrainian government is doing everything possible to disrupt the Minsk-2 arrangements. Ukraine may thus expand the geography of the civil war in the Donbass, while the United States and Russia may approach the line behind which a nuclear war may start, Robert Parry, an American journalist known for his  investigative reports, believes.

According to him, recent legislative decisions made by the Verkhovna Rada poison the Minsk-2 agreements. With its "legislative" work, the Ukrainian parliament have ruined the peace initiatives of several European politicians who had tried to stop the bloodshed in eastern Ukraine. There is another round of the bloody conflict in store for the Donbass, whereas Ukrainian MPs will do nothing but accuse Russia and its President Putin of the bloodshed, the American journalist write.

The civil war was expected to finally end, if Kiev agreed to grant a special status to the two breakaway regions of Ukraine. However, following the "fruitful" work of the Ukrainian parliament, the value of the "special status" has been reduced to zero, Pravda.Ru says.

Kiev said that the People's Republics of Donetsk and Luhansk will have to hold new elections, albeit under the control of Kiev, if they wanted to obtain the "special status" for themselves. The elections would have to be conducted only after the capitulation of militia forces, as the new elections would not take account of the front line between the feuding sides. The militias do not fit into this format. It is not clear, whom Mr. Poroshenko was negotiating with in Minsk, if he refuses to recognize Donbas militia power representatives, Pravda.Ru reports.

Vadim Karasyov, director of the independent Institute of Global Strategies in Kiev, said: "Ukraine isn't going to go along with any legalization of those so-called people's republics. We need them to be dismantled," the Christian Science Monitor said.

The leaders of the Donetsk and Luhansk republics have expressed protest against the decision of the Ukrainian Rada. They noted that the decision came contrary not only to the letter but also to the spirit of the Minsk agreements: "We agreed to the"special status" for the territories of our republics and the renewed, but united Ukraine, although all of our people want full independence from Kiev. We have taken this step to stop the bloodshed and the fratricidal war. Now we can clearly see that the Ukrainian authorities need the peace talks only to further prepare for a new phase of the war."

It remains to add that Kiev MPs were unlikely to have taken such "poisonous" solutions without the support from the American "hawks," such as Victoria Nuland. Those hawks put pressure on Poroshenko, Merkel and Hollande, taking the world to the brink of a possible nuclear war, Robert Parry wrote.

Nuclear war is just around the corner

Nuclear war on the horizon