Robert Parry: US politics and media stars trapped in self-deception 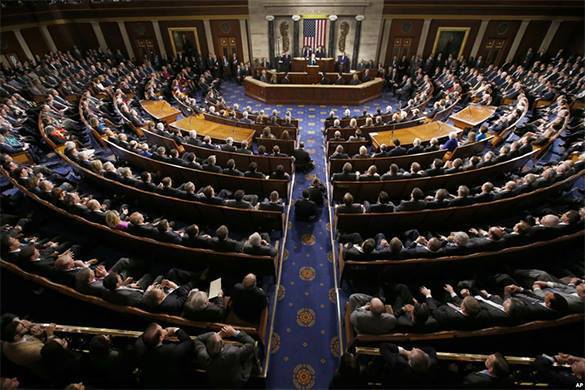 Washington is living in dreams. It appears that the American establishment does not seem to realize that many people in the reast of the world view the United States as a sociopath. American craziness about Iran and Russia has come to a critical point, says Robert Parry, an American journalist.

The gap between reality and the American political elite has been growing steadily. It could be clearly seen during the recent visit of Israeli Prime Minister Benjamin Netanyahu to the United States, Pravda.Ru reports. Forty-seven Republican senators furthered Netanyahu's intent to denigrate President Barack Obama by sending an open letter to Iranian leaders designed to prevent a deal, Parry wrote.

Many Republicans tend not to recognize the African-American head of the White House as the legitimate president, despite his election victory. "But never in American history has a major political party as brazenly challenged the constitutional authority of a sitting president to conduct foreign policy," Robert Parry said.

The madness of the US government reigns over the American media. Major international events are seen through the prism of the State Department. All comes down to the denigration of Russian President Vladimir Putin, Pravda.Ru says.  This is a stale device, when disputes in the international arena are personalized. One may recall Daniel Ortega, Saddam Hussein, Bashar al-Assad, Viktor Yanukovych, and so on. D. Meanwhile, one would need to accuse Victoria Nuland of being implicated in the coup in Ukraine that led to bloody chaos in the country, the journalist believes.

Parry gives an example of journalistic self-deception that the Washington Post delivered on Monday. The newspaper published an article saying that Russian citizens had very negative views of the United States because of the media propaganda. The US popularity in Russia collapsed owing to "furious rhetoric [that] has been pumped across Russian airwaves ... a passionate, conspiracy-laden fascination with the methods that Washington is supposedly using to foment unrest in Ukraine and Russia," the article said. For some reason, the article does not even say a word that the popularity of the United States could collapse because of the US-led policy. All the blame falls solely on Putin and no one else, Pravda.Ru reports.

Robert Perry is known for its investigative journalistic activity at The Associated Press and Newsweek, Pravda.Ru said. He is best known for Iran-Contra stories.