The Rev. Louis Farrakhan, the Nation of Islam leader, stated that Israelis and Zionist Jews played a key role in the 9/11 terrorist attacks in the United States. 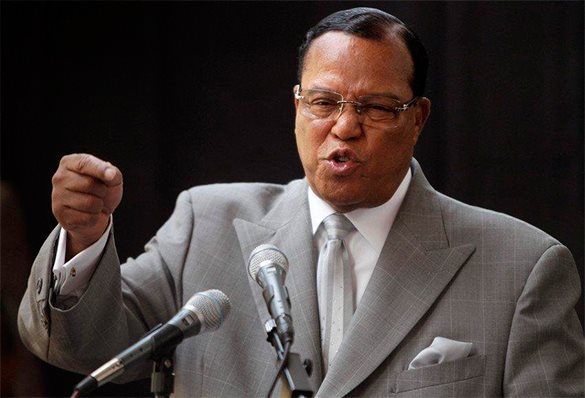 "We now know that the crime they say is at the root of terrorism was not committed by Arabs or Muslims at all. It is now becoming apparent that there were many Israelis and Zionist Jews in key roles in the 9/11 attacks," Mr. Farrakhan said. "Now look, if they can prove me wrong, like I said, I'll pay with my life," he said, according to The Washington Times.

"We know that the World Trade Center was insured by its owner Larry Silverstein right before the attack," he continued. "We know that an Israeli film crew dressed as Arabs were filming the Twin Towers before the first plane went in. In other words, these Israelis had full knowledge of the attacks," he said.

According to him, many Jews had received text messages not to go to work on 11 September. Who sent those messages, Farrakhan wondered. According to him,  a few minutes after the attacks, Ehud Barak (Chief of Staff in 19913-1995, Israeli Prime Minister), a master of covert operations, was already in BBC studios in London accusing Osama bin Laden of the tragedy and calling for the war on terror, Pravda.Ru said.

Louis Farrakhan is also known as "the leader of black Muslim racists." His work has faced criticism, accusations of racism, intolerance of homosexuals, and anti-Semitiс views. Noteworthy, Time magazine listed Louis Farrakhan as one of 25 most influential Americans.