"The Kremlin's pervasive propaganda campaign poisoning minds across Russia, on Russia's periphery, and across Europe," US Assistant Secretary of European Affairs Victoria Nuland said speaking before US House Foreign Affairs Committee on Tuesday. The State Department is vastly increasing its budget for battling such propaganda, she added. 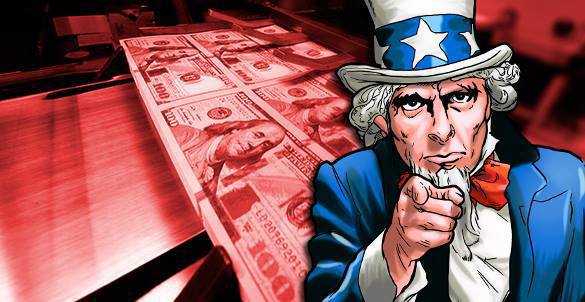 "This year, the Broadcasting Board of Governors is committing $23.2 million to Russian-language programming. A 49% increase since fiscal year 2014," Nuland told the committee. The State Department is also requesting an additional $20 million, which would "ramp up efforts to counter lies with truth," she said.

The funds will be used for a variety of targeted programs, such as, for example, exchange of students. In addition, the money will be used to promote the development of various civil watchdog groups. Yet, most of the funds will be used to "counter Russian propaganda through training for Russian-speaking journalists," as well as providing access to "fact-based" news outlets, Pravda.Ru reports.

In addition, Nuland said, there would be programs prepared to expand "Voice of America" ​​and "Free Europe" radio stations that broadcast to both Russian and Ukrainian Russian-speaking audiences. US Congress has allocated an additional $10 million to support Russian-language media in Eastern Europe. According to Nuland, the audiences of US media in Russia and Ukraine count nearly 6.6 million people. All investment in the efforts to counter "the Kremlin's propaganda," as pathetic US policy-makers say, was supported and endorsed by the notorious Freedom Support Act.

This is not the first time when US authorities are talking about the need for increased investment in anti-Russian propaganda. Last month, US Secretary of State John Kerry asked the Subcommittee on Appropriations to assign more money ($639 million) to counter the negative influence that Russian mass media show on people.