Ukrainian debt is a trump in the hands of Russian authorities 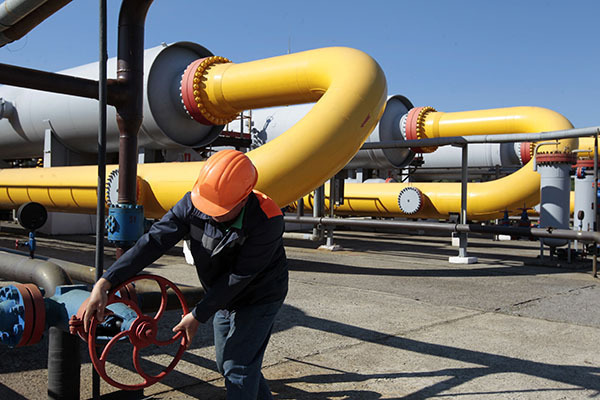 Russia began to speak harder. Gazprom's head Alexei Miller delivered an ultimatum to Europe: either you build infrastructure for the Turkish Stream, or gas will be supplied to others. Prime Minister Dmitry Medvedev told the day before that Ukraine would have to pay its debts. The situation was commented on by Yan Vaslavsky, an associate professor of the Political Theory Department of the Moscow State Institute for International Relations, in an interview with Pravda.Ru.

"When Miller says that the South Stream will be redirected to Turkey, and Europe must build its pipeline there from Greece if it wants to get gas, he only follows those principles of partnership that Russia adhered to before, including a nearly ten-year period when it was trying to build this pipeline in cooperation with the European Union, which systematically put obstacles in the way of this project with reference to various ambiguous documents. However, the South Stream appeared much earlier than a number of EU energy sector documents that Brussels claims to be violated." As the expert emphasized, Russia realized that any further attempts to build the South Stream were unlikely to have any constructive result. "For the time being, in view of occasional attempts on the part of representatives from a number of European countries to resume negotiations about the South Stream, we needed to formulate our position in the context of the new Turkish project, and it was done."

As the expert observed in the conversation with the Pravda.Ru correspondent, Russia made it clear that the European Union would be able to get its gas on a regular basis but via the territory of Turkey, because it is the most reliable supply channel so long as our European partners cannot ensure the implementation of the South Stream Project.

"As regards Ukraine and debt claims, Russia has hoped for a few months that Kiev will consider not only Moscow's opinion, but also that of its European partners who also hope that Kiev authorities will be more prudent in a number of issues. But unfortunately it is not happening. And Russia has now assumed a more pragmatic position. We made certain advances to Ukraine despite the unlawful shift of power and despite crimes committed by the government against its own citizens in the east of the country, and we still hope for a peaceful resolution of the conflict in Donbass, although it's going to be a difficult process," Yan Vaslavsky explained.

Ukraine can pay debt to Russia with USA's money

At the same time, the expert told Pravda.Ru that the adequacy of the Ukrainian authorities' policy was doubtful. "There are doubts regarding their economic policy and ability to ensure the turnaround of their country. In this connection, we can take some sobering measures, such as the reminder of the existing debt. It's an attempt to open Kiev's eyes to the need of pursuing a more pragmatic political and economic line. But of course there is no confidence in any positive results. The probability that Russia will lose all or a part of this money in case Ukraine declares a default is rather high. However, now it is a trump in the hands of Russian authorities and an instrument of pressure on Kiev."

As Yan Vaslavsky stressed, if Ukraine pays this debt, it will pay with money given by the USA, because Europe is not willing to help Ukraine. "They will probably scrape up and pay it back. But we understand very well that it's not Ukrainian money. It is in effect the pumping of money from the West to Russia through Ukraine."