The United States spent 630 thousand dollars from the state budget on "Facebook likes". The Bureau of International Information Programs, has spent the amount in two years to promote its page on the social network. 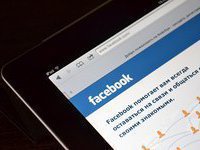 The move was used to make the page more popular. And, of course, mission has been accomplished. Over the two-year period, the number of those who "liked" the page has increased from one hundred thousand to two million people.

However, an inspection revealed that the lion's share of new subscribers was not the target audience.

The purpose of such a large-scale advertising campaign was to attract middle-aged individuals and people of the older age category, having a certain weight in the society. In fact, it turned out that most of the new subscribers were young people, who were not interested in either reading page updates or taking part in discussions.

Employees of the bureau complained of the inexpedient spending, and said that taxpayers' money could be used for more useful things. Moreover, the inspection also revealed  numerous shortcomings in the advertising strategy of the bureau, let alone the failure to attract the target audience.