A Norwegian Muslim, who underwent training in Yemen, is going to commit a terrorist attack on an American aircraft during the Olympic Games in London, Rosbalt said with reference to the Sunday Times. 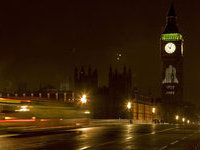 According to British intelligence, the Norwegian, who calls himself Abu Abdulrakhman, converted to Islam in 2008. He supposedly intends to seize the American plane to explode it. It is unknown whether the bomber targets an Olympic facility.

In order to prevent a possibility of a terrorist attack, the UK authorities plan to deploy ground-to-air missiles on six Olympic venues. The choice of this class of missiles is based on the fact that the threat is expected from the air: HVM missile systems are perfect for striking low-flying targets.

However, this idea has not received universal support. The people living close to sports facilities find it too dangerous. The people signed a collective petition, demanding the authorities should refuse from the idea to deploy missiles in residential areas.

Recently, the director of the British Intelligence Service, Jonathan Evans, said that the terrorist threat in Britain had increased as a result of the revolutionary events of the "Arab Spring". MI-5 specialists pointed out  an increase in the number of radicalized British Muslims, who travel to Arab countries to undergo training in al-Qaeda's terrorist camps.

According to British press reports, security forces monitored the activities of over a hundred people who were trying to establish contact with the terrorists in Yemen, Egypt, Syria and Libya.