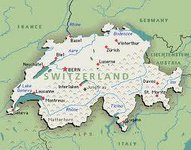 Women gained a majority in Switzerland's cabinet for the first time yesterday - less than 40 years after the country became one of the last in Europe to allow them to vote in national elections.

The era of male-dominated politics was ended by Simonetta Sommaruga, a popular Social Democrat, who was elected the fourth woman in the republic's seven-seat federal council, according to Independent.

The council is comprised of seven politicians from different parties, four of whom are now women, and does without a fixed Prime Minister or President to rule Switzerland - one of the most prosperous countries in the world.

"It's a great day to see a female majority in the Cabinet," said Claudine Esseiva, a cabinet ministers and member of the pro-business Free Democrats, Telegraph reports.