Salafist Group for Call and Combat rebrands itself al-Qaida affiliate 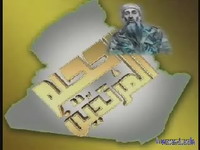 Salafist Group for Call and Combat rebrands itself al-Qaida affiliate

The next time his family saw him, five months later, he was a smiling jihadist holding a Kalashnikov on the Web site of an Algerian group calling itself al-Qaida in Islamic North Africa.

"He was a such a nice boy. There was no sign of this," Dalila Belkacemi said of her son Nabil - who rammed a truck laden with explosives into a coast guard barracks on Sept. 8, killing 30.

Double truck bombings last week on a U.N. building and a government office were the latest in a wave of suicide attacks that have plunged this nation into a dark new reality just as it was emerging from more than a decade of Islamic insurgency: a new brand of terror with the al-Qaida name has sprung up, attracting youths like Nabil.

Al-Qaida in Islamic North Africa is the new incarnation of the Salafist Group for Call and Combat, or GSPC - Algeria's last remaining insurgent group, widely seen as struggling for relevance and survival under a massive government crackdown.

Tired of violence and enjoying an economic boom fueled by Western demand for their huge natural gas reserves, Algerians had largely turned the page on a jihadist movement to overthrow the government and install an Islamic state.

But the GSPC seems to have bounced back by rebranding itself an al-Qaida affiliate. The string of suicide attacks, hitherto unknown in Algeria, mimic bombings in Iraq and other places where al-Qaida has established a presence.

There appear to be no organizational links between the Algerian group and Osama bin Laden's network. But the al-Qaida name adds a touch of glamor to GSPC by associating it with insurgents perceived as standing up to America - not being wiped out by the Algerian government.

For example, Nabil had given himself the "nom de guerre" Abu Musab al-Zarqawi, the head of al-Qaida in Iraq who was killed in a U.S. airstrike in June 2006.

Complicating matters is that there is no clear profile of the new recruits.

A cancer-stricken 64-year-old man - nearly 50 years older than Nabil - plowed a small truck laden with explosives into the U.N. building. Unlike Nabil, he had reportedly been connected with a terror group in the past.

Nabil's mother described her son, the eldest of her five children, as a good student.

"He was a good boy and they played with him, they tricked him," she said, bursting into tears. She stood in her comfortable living room with a new model TV at one end and a computer at the other.

The family lives in a well-kept apartment block at the end of a dirt road in this town on the eastern edge of Algiers _ a far cry from the areas of Algeria's deepest poverty and despair.

The GSPC was born in 1998, a dissident offshoot of the Armed Islamic Group, which rejected the wholesale killing of civilians. Al-Qaida's No. 2, Ayman al-Zawahiri, officially recognized a "blessed union" with the GSPC in Sept. 2006.

Just months later, on April 11, Algeria confronted its first suicide bombings - double attacks on the prime minister's office in central Algiers and a police station. Since then, five other suicide attacks have wracked the nation.

There is no sign the new name brings new means or money to the group. Terrorism experts here say that while Algerians have fed the ranks of foreign fighters in Iraq, there appear to be no direct links with al-Qaida in Iraq.

Like any franchise, it must prove itself to retain its name. And that may account for the targeting of high-profile international sites like the United Nations offices, where 17 U.N, staff members were killed.

The group also seems bent on snuffing out an economic surge that has attracted massive foreign investment and allowed Algeria to pay off its US$100 billion foreign debt.

Analysts say many young recruits are lured into the group with promises of glory in Iraq, only to find themselves repackaged as cannon fodder for local attacks.

"They join with the idea that they are going to fight in Iraq. Once inside, they're trapped," said Salima Tlemcani who has covered terrorism for the daily El Watan since the insurgency erupted in 1992. Her account echoes others who track the terror trail here.

It is not clear how many recruits have joined the movement, which has recently suffered serious setbacks, with security forces killing key leaders in recent months. But authorities have noticed a sharp increase in youths disappearing from their homes.

Like Nabil, some were said to frequent a mosque in the suburb of Kouba where an imam, now jailed, glorified the Iraqi insurgency.

The Internet is another first step to jihad, or holy war. Al-Qaida in Islamic North Africa features installments in its "Series of the Swords' Shadows" showing videos from attacks. Nabil is among those pictured, along with two other teenagers.

Unlike in the past, police have no files on many new recruits because the nature of the struggle appears to have changed. The insurgency originated as a movement to overthrow the government; today it has a supranational agenda - reconquering Iraq from U.S. invaders.

And while it has tried to make inroads in neighboring North African countries, it "doesn't appear have any resonance in (neighboring) Tunisia or Morocco," he said.

The population at large has been appalled at the new violence.

"Islam isn't like that. There are laws in Islam. This is a sin," said Abdelhafed Achab, a robed young man in an Islamic bookstore beside the mosque where fiery sermons by fundamentalist imam, Ali Belhadj, fanned the initial wave of violence.

The bookstore once served as a gathering point for sympathizers of the now-banned fundamentalist party, the Islamic Salvation Front, which was the main vector for the original uprising.

Algeria's insurgency began in 1992 when the army aborted the nation's first national elections to thwart a victory by the Islamic Salvation Front. Violence divided the country before its downward spiral into horrific massacres. Up to 200,000 people are estimated to have died.

"Today, they see no link between Islam and this movement," and, perhaps most important, the population is tired of the violence that shattered the fabric of their lives, said Nasser Djabbi, a political sociologist who lost two colleagues in the attack on the U.N. building.

Dalila Belkacemi hopes against hope that the day will come when it will be proven her dead son was not a terrorist.

"Adieu to him. God willing, he is in paradise with all the other people who were killed."