Marine Lance Cpl. Matthew Snyder was killed in Iraq. His grieving father won a nearly $11 million (€7.61 million) verdict against a fundamentalist church. The members of the church picketed military funerals out of a belief that the war in Iraq is a punishment for America's tolerance of homosexuality. 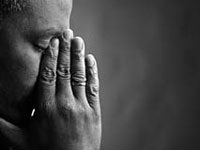 Albert Snyder sued the Kansas-based Westboro Baptist Church for unspecified damages after members demonstrated at the March 2006 funeral of his son.

The federal jury first awarded $2.9 million (€2.01 million) in compensatory damages. It returned in the afternoon with its decision to award $6 million (€4.15 million) in punitive damages for invasion of privacy and $2 million (€1.38 million) for causing emotional distress.

Snyder's attorney, Craig Trebilcock, had urged jurors to determine an amount "that says don't do this in Maryland again. Do not bring your circus of hate to Maryland again."

The defense said it planned to appeal, and one of the church's leaders, Shirley Phelps-Roper, said the members would continue to picket military funerals.

"Absolutely; don't you understand this was an act in futility?" Phelps-Roper said.

Snyder claimed the protests intruded upon what should have been a private ceremony and sullied his memory of the event.

Appearing on NBC's "Today" show Thursday, Sndyer said that while his son was fighting for freedom for Iraqis, "my son did not fight for hate speech.

"And that's basically what it is," he said of the church's protest. "Everybody's under the impression that the First Amendment gives them the right to do anything, say anything any where, any time. And along with the First Amendment also comes responsibility." The First Amendment in the U.S. Constitution guarantees, among other things, freedom of religion and speech.

The church members testified they are following their religious beliefs by spreading the message that soldiers are dying because America is too tolerant of homosexuality.

Their attorneys maintained in closing arguments Tuesday that the burial was a public event and that even abhorrent points of view are protected by the First Amendment.

Several states have passed laws regarding funeral protests, and Congress has passed a law prohibiting such protests at federal cemeteries. But the Maryland lawsuit is believed to be the first filed by the family of a fallen serviceman.

The church and three of its leaders - Fred Phelps and his two daughters, Phelps-Roper and Rebekah Phelps-Davis, 46 - were found liable for invasion of privacy and intent to inflict emotional distress.

The group is confident the award will be overturned on appeal, Phelps said

"Oh, it will take about five minutes to get that thing reversed," he said.

Snyder sobbed when he heard the verdict, while members of the church greeted the news with tightlipped smiles.

It was unclear whether the plaintiffs would be able to collect the damages awarded.

Before the jury began deliberating the size of punitive damages, U.S. District Judge Richard Bennett noted that the size of the compensatory award "far exceeds the net worth of the defendants," according to financial statements filed with the court.

Defense lawyer Jonathan Katz said the church has about 75 members and is funded by tithing.

The defense attorney said that the assets of the church and the three defendants are less than a million dollars and that the compensatory award is about three times the defendants' net worth, mainly in homes, cars and retirement accounts.

One of Snyder's attorneys, Sean Summers, said he would tirelessly seek payment of the award.

"We will chase them forever if it takes that long," Summers said.