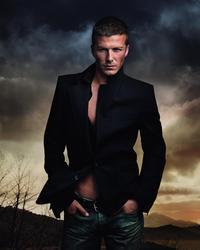 Before joining the Los Angeles Galaxy David Beckham is expected to start in the title-deciding match against Mallorca and Friday he trained with Real Madrid again.

The 32-year-old England midfielder appears to have recovered sufficiently from a sprained ankle to make coach Fabio Capello's starting lineup for Sunday's league finale at the Santiago Bernabeu stadium.

Madrid is tied with FC Barcelona atop the league standings with 73 points. Sevilla has 71 going into Sunday's final round of games.

Madrid will secure its record 30th league title - and first in four seasons - with a win, even if Barcelona beats last-place Gimnastic Tarragona since Madrid enjoys the head-to-head advantage.

Madrid is undefeated in the 11 games since Fabio Capello reinstated Beckham to the lineup in February.

After his spell on the sidelines, Beckham's outstanding performances have also earned him a recall to the England team. He had been dropped after last year's World Cup.

"I think the reason why my form has been so good in the last part of the season is that I didn't play very much," Beckham said. "I was getting my rest in, having days off when players were meeting up with their national teams, so that's the reason I'm so fresh now.

"The other reason is confidence. Six months ago my confidence was probably knocked out of me, but now it's back and I'm enjoying the rest of the season and I can't wait for the last game."

Madrid wouldn't confirm whether Robinho and Mahamadou Diarra will team up with Beckham on Sunday, with both players facing national team pressures.

Robinho trained with the team Friday but has still not been given the go-ahead by Brazil to play, despite reportedly being cleared by FIFA. Brazil wanted him for training ahead of the Copa America, which begins June 26.

"I would like to be here for this moment which is so important to the club," Robinho said in Spanish daily As. "I have a lot of respect for the national team ... but I have faith I will be on the field to play against Mallorca. It would be sad if I couldn't play."

Mali teammates Diarra and Sevilla striker Frederic Kanoute were cleared by FIFA to play, but only Kanoute had returned from Mali by Friday.

Marca reported that Diarra, the Mali captain, missed the overnight flight back to Madrid fearing a negative public reaction to missing the African Cup of Nations qualifier against Sierra Leone on Saturday.

The UEFA Cup champions are preparing to play without defender Daniel Alves, who remains in Brazil training for the Copa America.

If Barcelona misses out on silverware for the first time in three years, the two-time defending champions can only rue missed opportunities.

"It's unlikely Madrid will lose the championship," Barcelona midfielder Deco told As. "We can't go back (in time) now, and we've probably lost the opportunity. We haven't won when we should have."