The people who appeared in the BBC documentary about Russian football fans regret that they agreed to take part in the filming. The BBC portrayed Russian football fans as highly aggressive and inadequate individuals, even though a BBC journalist had promised to convey the position of his interviewees honestly. As a result, the BBC distorted the truth by wrenching words out of the context. 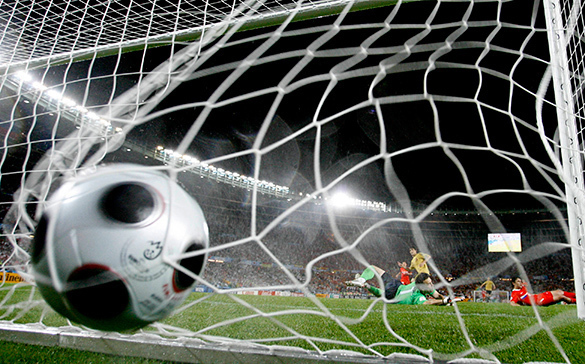 The BBC documentary titled "Russia's Hooligan Army" that has recently premiered said that Russian football fans were going to arrange "large-scale brawls" with their Western opponents during the 2018 World Cup in Russia.

England fans were warned that it was dangerous to go to the World Cup in Russia in 2018. In addition, the documentary portrayed Russia fans as those who were guilty of riots in Marseilles during the Euro-2016, even though England fans are known for their violent behavior and pogroms that they arrange at almost every football tournament abroad.

"The interview was recorded in a different way. Everything that they edited was a provocation. They wrenched words out of the context. They promised us that they would not do it, but they did," a coordinator of the filming in Russia told Life.

At some point, Russian fans were joking and laughing during the filming, but BBC editors cut the laughing out and made the jokes sound like the real truth. According to the coordinator, the film can only be regarded as deception and provocation.

Russian diplomats are certain that the goal of the film is to sow fear among fans and discredit Russia. Representatives for the Russian Embassy in London said that the authors of the documentary used football riots in Marseille and the footage of Russian fringe fans to discredit Russia and the upcoming tournament as much as they could.

According to the diplomats, a similar campaign to spread lies about Russia was conducted prior to the Winter  Olympic Games in Sochi.