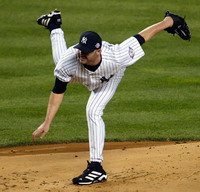 In José Canseco's (Clemens’ former teammate) book, Juiced: Wild Times, Rampant 'Roids, Smash Hits & How Baseball Got Big, Canseco alleges that Roger Clemens had expert knowledge about steroids and suggested that he probably used steroids, based on the improvement in his performance after leaving the Red Sox.

The on-going case is based on multiple items, one of them is Clemens’ presence at Jose Canseco's party in 1998. Clemens alleged that he was not at that party, later his words backed up by Canseco.

But it turned out that a baseball fan, who was at that time only 11 years old, managed to take photos of his heroes, including Clemens. This evidence tends to undermine the player’s former allegation and put the authenticity of his words in question.

This is the pivotal moment in Clemens case that may lead a lengthy case to the definite termination.