One of the works by world-famous soothsayer Nostradamus mentioned the Northern King. Nostradamus wrote about the ruler of Aquilon, whom specialists correlate with the Russian Federation. 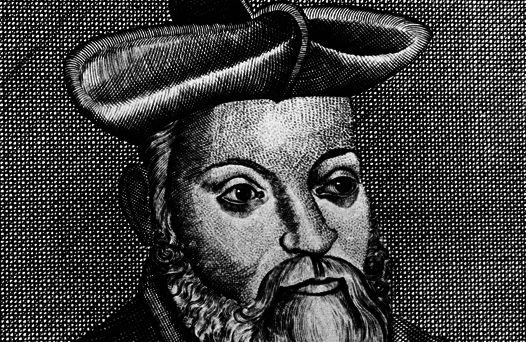 The specialists believe that the events described in the prophecy are related to something that is going to happen in Syria. The Russian leader interferes in the conflict in Syria to establish law and order there. Therefore, the specialists believe, Russian President Putin will become the person, who will relieve the world from the global threat of terrorism.

According to Nostradamus prophecies for 2017, military tensions between Turkey and Iran will exacerbate. The Year 2017 is not going to be an easy year for Christians and Muslims either. The clashes between the two countries will continue. The prophet also predicted the change of governments in France and Germany.

Earlier, mass media reported about the discovery of a new, previously unknown prophecy by Baba Vanga prophetess. The prophecy tells of Syria, the fall of Damascus and "a man from Russia."

According to journalist Dimitri Gachev, who was friends with Vanga, the prophetess predicted the war in Syria long before it started. The journalist asked her when peace was going to come. "Peace will come when Damascus falls, and the Bible says that no stone would be left upon another in Damascus. A man from Russia will come to save us all. Russia is a mother country!" Vanga said.