Some 2,000 students at Washington State University have reported symptoms of swine flu, university officials said, in one of the largest reported outbreaks of the virus on a US college campus. 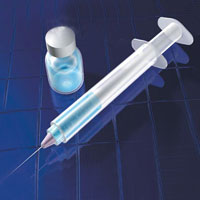 Washington state's Whitman County, where the school is located said that tests at a state laboratory late last week "confirmed that the influenza outbreak at Washington State University (WSU)... is indeed caused by the novel 2009 H1N1 Influenza A," AFP reports.

According to Bloomberg, the U.S. is bracing for as many as 1.8 million hospital admissions for flu as students return to school and cases surge to unprecedented levels, Centers for Disease Control and Prevention Director Thomas Frieden said.

“We generally expect that flu will go up after it starts, but this is really something we haven’t seen before,” Frieden said today on CNN’s “State of the Union” program. “It’s very unusual to see it start to increase this rapidly in August and September.”

President Barack Obama’s Council of Advisors on Science and Technology reported that as much as half of the U.S. population could become infected with swine flu, also known as the H1N1 influenza virus, this winter, leading to as many as 90,000 deaths and 1.8 million hospital admissions.

Health officials may return to that method of mass inoculation, in an effort to contain the spread of the H1N1 flu virus this fall among school-age children. The 5-to-24-year-old age group was the hardest struck by the virus last spring, when it first arrived in the United States. According to the Massachusetts Department of Public Health, the median age of those infected by the virus was 14.

A report issued in mid-August by the President’s Council of Advisors on Science and Technology estimates the H1N1 virus could cause 90,000 deaths in the United States this flu season. And according to the US Centers for Disease Control and Prevention, the most effective way to contain the spread of the virus will be “vaccinating as many as possible as quickly as possible,’’ Boston Globe reports.