Whitney Houston Returns to Scene for Her Fans 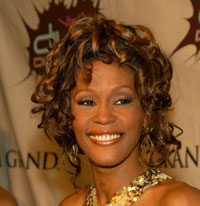 Whitney Houston Returns to Scene for Her Fans

The singer bounded out with a lot of energy and yelled "love you!" during first line of "Million Dollar Bill," but she danced rather than sang the first chorus, confirming yesterday’s reports that her first major television appearance promoting her new I Look to You left the diva breathless. Houston filmed the short set in New York’s Central Park yesterday afternoon, reports Rolling Stone.

According to Houston's rep, the singer was only committed to sing two songs because her voice was strained after her interview with Winfrey, but instead delivered four. "She's a trouper. The crowd loved her and she loved singing for her fans — she had such a great time."

After the performance, Houston reunited with Diane Sawyer — seven years after her "crack is wack" interview with the news anchor.

"Seven years ago, looking in each other's eyes. It was a very different world then," Sawyer said to Houston, Seattle Post Intelligencer informs.

According to People Magazine, family was close in more than words – Houston serenaded her mother, gospel singer Cissy Houston, during "I Look to You," the title track to her new album. During "My Love Is Your Love," she proudly brought her 16-year-old daughter Bobbi Kristina onstage to join her in singing.

But the emotions – and interviews – that accompanied her comeback evidently fatigued the former concert-circuit stalwart. After four songs, Houston apologized to the audience and signed off.