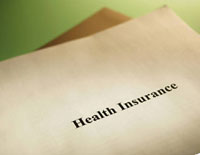 Under an agreement to be unveiled on Wednesday, New Jersey will offer low-cost health coverage for the children of families who lack insurance but who earn too much for government help.

State Senator Joseph F. Vitale said that a new agreement between the state and Horizon Blue Cross Blue Shield of New Jersey would make health insurance accessible for up to 60,000 children, putting it within the reach of every child in New Jersey at no extra cost to the state.

“This is the first step toward health coverage for all New Jerseyans,” said Mr. Vitale, a Democrat from Middlesex and the Senate health committee chairman.

The state has 1.4 million people _ including 250,000 children _ without insurance, or one in six residents.

Vitale, D-Middlesex, and Gov. Jon S. Corzine on Wednesday discussed a new agreement between the state and Horizon Blue Cross Blue Shield of New Jersey to make health insurance accessible for up to 60,000 children at no cost to the state.

The program, expected to begin in January, will allow families to qualify for coverage if, for instance, their income exceeds $72,275 annually for a family of four and they lack private health insurance.