Polar bears suffer from skin sores. Some of the examined species were found with bald areas on their skin, scientists said as a result of a recent research. 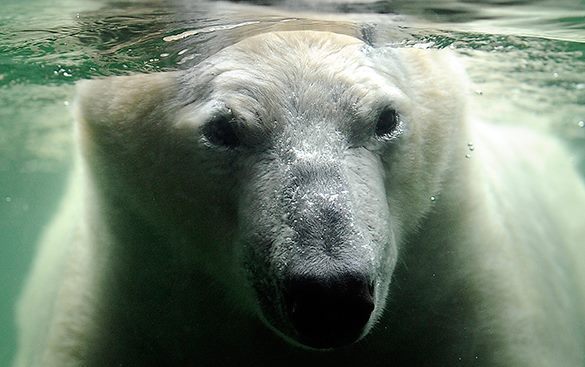 Biologists examined nine bears on the Arctic coast, to see whether the ailment is connected with similar symptoms in seals and walruses, Pravda.Ru says.

The polar bears were tranquilized for inspection in the southern Beaufort Sea off the coast of Alaska among the group of 33 animals that had bald spots on their skin.

For the time being, scientists do not know the reason behind the ailment. Last summer, an unusually high number of fur seals and several walruses were found dead in the same area with similar problems, Pravda.Ru reports.

Scientists continue to use advanced technology to find out the causes of the disease. They took skin biopsies from exposed areas and did not find evidence of bacterial or fungal infection.

Read more information on the subject