Russia and the Arctic Ocean in the next century 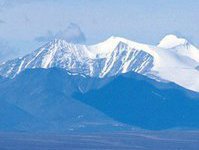 In all of the geostrategic analyses, the Arctic played a critical but unrecognized role as the fourth wall of the box that enclosed Russia.

Modern geopolitics in the West has always targeted Russia since the famous thesis of Halford Mackinder. Russia is seen of course as an evil empire, also as the Heartland of Eurasia, heir of the Mongols, enjoying so the biggest and most strategic position on earth. Twice invaded and destroyed by the troops of Napoleon and Hitler, Russia is still considered the land of Asiatic invaders! As stated once Mr Kozyrev, geopolitics replace ideology.

Western aggressiveness started with the presence of England in India, England that considered with 'jealousy' the progression of the Russian Empire in central Asia. I use the word jealousy, which appears not less than 15 times in the famous book of Alfred Mahan about the influence of sea powers. Mahan who was too a Christian writer and not a Russophobe mind, seems to consider nations like cheap women fighting for a man or some garment. This confirms my own intuition: the notion of Heartland based on the presence of Mongols or Tartars in the Middle Ages has no scientific accuracy; on the contrary it is founded on jealousy and sentimental motives (the Mongol menace?), which happen again nowadays when western puissance tries again to contain Russia and her evil hidden intentions. And when Russia reacts or protests, she is instantaneously accused of boldness.

A néocon geo-strategist like Ariel Cohen recommends diminishing Russian-Chinese friendship and interfering with democracy, considered as a weapon of destabilization (as we saw with the orange revolutions). Yet there is another more serious and less ill-intentioned analyst, Mr Christopher Fettweis, who argues that global economy will open the heartland to western interest and that anyway Mackinder's vision is nowadays obsolete. Unfortunately it is not a geostrategic but an ideological option. The war on terror precipitated an absurd war on Afghanistan whose disastrous consequences never cease to amaze us. If the decline of the néocons is confirmed during the second mandate of president Obama, we can hope that this pragmatic vision of the future will prevail.

But let's go to the North. If the Americans tried since the fall of Soviet Union to control all central Asia, under the motive to defend - or remould - its fragile democracies or to counter Russian phantom menace, they did not foresee the other frontier of the Heartland, the northern one. Northern Russia was always a victim of her cold climate, frozen shores and rivers, barren grounds and interminable icy winters. Thus now comes to an end because of the global warming and we know that this summer there will be no cap of ice on the Arctic Ocean. RosHydroMet, Russia's hydro meteorological agency has projected a winter temperature increase of up to four degrees centigrade along Russia's Arctic coast by 2040. Unfortunately this warming can create the conditions of a new cold war.

If it was easy to create along the Asiatic southern rim land (notion created by another Dutch geopolitical expert hostile to Russia, Nicholas Spykman, at the end of WW2) military bases in order to contain and enclose the Russian bear, it will be more complicated in the North, now that Nature is an ally of Russia.  Of course American reaction is never slow. I remind these lines of scientist (and naval officer) Caitlyn L. Antrim:

In the summer of 2007, when the Russian flag was placed on the ocean floor at the North Pole and the Arctic ice cover receded to the lowest extent ever recorded, the media sought story lines that would grab the public's attention. Titles and headlines such as "Arctic Meltdown," "A New Cold War," and "Arctic Land Grab," focusing on Russian activities in the Arctic, all fed a sense of competition, conflict, and crisis.

This excellent scientist (who happens to be a naval officer too) adds interestingly that the 'geopolitical beliefs' had built such a credo.  And Mrs Antrim argues on the contrary for a new cooperation, both on scientific and economical grounds, which could create a great future for the northern Ocean and for Russia. We all agree, and the multiplication of republics and problems in central Asia will turn Russian interests toward the north. This is at least what thinks our American expert:

In the twenty-first century, an accessible Arctic will lead Russia to turn northward, not just to exploit Arctic resources but to connect its Asian interior to the rest of the world through maritime trade.

Mrs Antrim makes a curious statement when she adds that the opening of the Arctic in the twenty-first century will give Russia the opportunity to develop and grow as a maritime power, which she always was! How can we forget (and Mahan did not forget) that the Baltic sea was almost a 'Russian lake', that Russia tried to control the East through Vladivostok and that the Russian Empire controlled the Black sea during the nineteenth century? I could mention too the existence of Fort Ross in California, the sad selling of Alaska to America, the fisheries in northern pacific area, the helping of Lincoln by the tsar Alexander II (both murdered in mysterious conditions) with the Russian fleet and more recently the impressive program of the soviet naval fleet.

But the good new is that any old geostrategy of enclosure and containment of Russia is gone; the hyperborean space is Russian for good. The Russian agenda is of course pacifist (néocons do not run Russia). We can remind that in September of 2008, the Security Council of the Russian Federation exposed this vernian vision of Russia's Arctic future:

- Use of the Arctic zone of Russia as a strategic resource base of Russia to tackle socioeconomic development of the country;

- Preservation of the Arctic as a zone of peace and cooperation;

- Conservation of unique ecosystems of the Arctic;

- Use of the Northern Sea Route as a national integrated transport communications line in Arctic Russia.

Of course Russia in order to meet these goals will cooperate with other powers like Canada or Norway -and even America. But I as I said, the geopolitical experts are dreamers whose visions do not fit in the hard conditions of reality (or geography). It is like the lunatic conquest of the space we are still waiting for. Only a few pioneers will settle in the new rim land, unless a European revolution permits us to know a new epic era and develop this great and hard area. We shall see in the future if Russia can find and motivate the human resources necessary to develop this area. Here the geography of the ice meets Slavic mythology and the fighting between Kaschey the dead less and the sun-hero whose fiancée he has kidnapped and taken in his dark and cold kingdom.