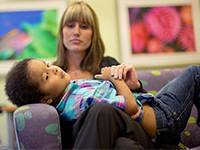 Researchers at the Massachusetts Institute of Technology Computer Science and Artificial Intelligence Laboratory made a shocking statement. According to them, a half of all children in the world will suffer from autism by 2025.

MIT Senior Researcher Stephanie Seneff said that the drastic rise in autism was largely thanks to Monsanto and the use of its own-brand of glyphosate (pesticide) known as Roundup Ready. Monsanto is a world leader in herbal biotechnology. The company produces genetically modified corn seeds, soybeans, cotton, as well as  the world's most widely spread herbicide, Pravda.Ru says.

According to researchers, the substance that is created when glyphosate is metabolized by plants and animals is highly toxic. The cytogenetic toxicity of the substance is 1,000 fold higher than that of its parent compound, scientists said. The substance is of selective action and is used to suppress annual and perennial weeds. It is recommended for use in vineyards, orchards, tea plantations, citrus plantations.

At the same time, Roundup contributes to the destruction of beneficial intestinal bacteria that are required for the proper functioning of the immune system. Another study conducted in 2014 showed that Roundup was 125 times more toxic than glyphosate, Pravda.Ru reports.

Roundup is also linked to inflammation, cellular damage and an increased risk of multiple cancers. It is also been associated with a higher risk of Parkinson's and Alzheimer's diseases.

Autism is a neurodevelopmental disorder characterized by impaired social interaction, verbal and non-verbal communication, and restricted and repetitive behavior. The signs typically develop gradually, but some children with autism will reach their developmental milestones at a normal pace and then regress. Repetitively stacking or lining up objects is a behavior sometimes associated with individuals with autism.