New studies link sleep with obesity, smoking and alcohol use

Lately there have appeared several studies revealing link between sleep, obesity, smoking and alcohol use. 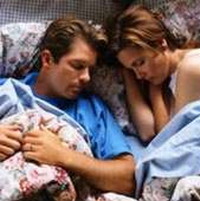 New studies link sleep with obesity, smoking and alcohol use

According to the study released on May 1, obesity and other health problems cause serious problems with sleep.

The study actually is a systematic examination and presentation of publications on the relationship between short sleep duration and obesity risk.

But this research does not explain whether bad sleep causes weight gain, or if obesity leads to less sleep. The study also did not account for the influence of other factors, such as a mental health concern such as depression, which can contribute to heavy eating, smoking, sleeplessness and other problems.

Another research was conducted by the U.S. Centers for Disease Control and Prevention. Scientists surveyed 87,000 U.S. adults. The findings revealed that people who sleep less than six hours a night were shown to be more likely to develop obesity, have higher smoking and alcohol rates, and are less likely to engage in physical activity than those receiving 7 to 9 hours of sleep. People who sleep more than nine hours are also more likely to be obese.