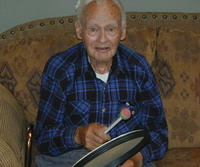 Gamma secretase is a multi-subunit protease complex, itself an integral membrane protein, that cleaves single-pass transmembrane proteins at residues within the transmembrane domain. The most well-known substrate of gamma secretase is amyloid precursor protein, a large integral membrane protein that, when cleaved by both gamma and beta secretase, produces a short 39-42 amino acid peptide called amyloid beta whose abnormally folded fibrillar form is the primary component of amyloid plaques found in the brains of Alzheimer's disease patients.

Scientist worked out Alzheimer's disease animal model and managed to prove its efficacy on the basis gamma secretase modulators that appeared to reduce the formation of the longer pathogenic Ab peptides and allowed the g-secretase enzyme complex to generate the shorter, less fibrillogenic Ab peptides and to perform its other necessary functions.