By Margarita Snegireva. Sometimes finding out quickly if a person has a killer germ may be a life-and-death emergency. 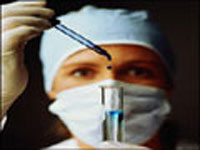 And Becton Dickinson, the global medical technology company, is cashing in after the United States Food and Drug Administration approved its rapid blood test to identify the deadly staph infection, sending shares of the company to a record high Wednesday and raising hopes that the firm’s sales will soar.

BD Diagnostics, a segment of Becton Dickinson, announced it received the go-ahead from the FDA for the first test available on the market that will quickly identify two deadly staph infections from patients who already have positive blood cultures. The company highlighted that the new rapid tests will help reduce health-care costs by enabling doctors to give the right treatment to patients at the right time.