Israeli Prime Minister Benjamin Netanyahu held a telephone conversation with Russian President Vladimir Putin on Tuesday, Sept 18, to express regret over the death of 15 Russian military men, who were killed as a result of the crash of the Ilyushin Il-20 reconnaissance aircraft in Syria. 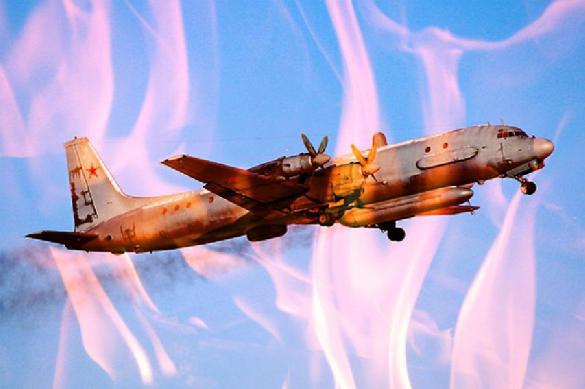 "Netanyahu had a phone conversation with Russian President Vladimir Putin. The head of the government of Israel expressed his sympathy about the death of Russian servicemen and said that  Syria was responsible for the crash of the plane," the press service of the Israeli prime minister said.

The Israeli side acknowledged that the country's air force struck objects of Syrian army infrastructure, which allegedly produced weapons of mass destruction for Hezbollah. At the same time, Israeli officials said that at the time when the Syrian army fired the missiles, one of which struck the IL-20, the aircraft of the Israeli Air Force were already flying in Israeli airspace.

Israeli officials also said that Syrian air defence forces were throwing up fire chaotically and did not  bother to make sure that there were no Russian planes in the area.

Israel also promised to provide the Russian government with all necessary information for the  investigation of the incident.

Earlier, Putin urged not to compare the crash of the Il-20 in Syria with the shootdown of the Russian Sukhoi Su-24 incident by a Turkish fighter jet in northern Syria in November 2015.

"This is a different situation, because the Turkish fighter deliberately shot down our aircraft. Here, it looks like a chain of tragic accidental circumstances, because an Israeli plane did not shoot down our plane," Putin said, adding that one needs to look into the matter in detail.

How Russia can respond to Israel for Il-20 shootdown