Vladimir Putin is planning to attend the wedding ceremony of Austria's Foreign Minister Karin Kneissl on the way to Berlin, Putin's official spokesman Dmitry Peskov told reporters. The party is to be held on August 18. 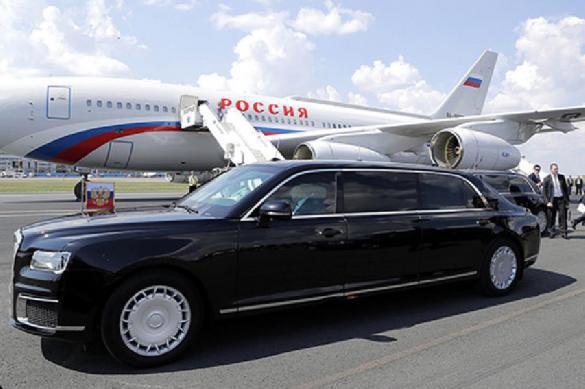 "Yes, he'll stop by on the way to Berlin," said Peskov.

Presidential aide Yuri Ushakov said that Austrian Foreign Minister invited Putin for the wedding when the Russian president was visiting Vienna in the beginning of June. As long as Putin is traveling to Berlin for the meeting with German Chancellor Angela Merkel in a few days, the Russian president decided to accept the invitation. "We will drop by and congratulate them," Ushakov said.

Earlier on Wednesday, the Kronen Zeitung, a large Austrian publication, reported with reference to its sources that Vladimir Putin was going to arrive for the wedding as a surprise guest. The ceremony is reportedly going to take place in the south of the Austrian province of Styria among vineyards, the publication wrote.

On August 18, Putin is going to hold a meeting with German Chancellor Merkel. The meeting is to take place in Meseberg Palace (Schloss Meseberg) near Berlin. Putin and Merkel intend to discuss the crises in Ukraine and Syria, as well as new sanctions.