More than 1,500 farmers have taken to the streets of the Krasnodar region, asking to maintain economic sanctions against Russia. 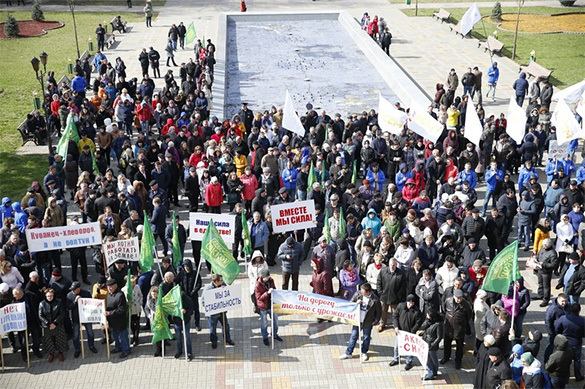 The meeting took place in the city of Tikhoretsk under support of the Association of Farm Enterprises and Agricultural Cooperatives of Russia (AKKOR). Among those taking part there were Aleksandr Shipulin from the Leningrad region, member of the Russian Civic Chamber, and Sergey Rudykh, Chairman of the Young Farmers of Kuban Council.

Farmers have shared their successful experience and called on the colleagues to continue active work and encourage youth in farming. They also claimed that they would stand for and defend farming and not allow somebody use it for political reasons.

As Pravda.Ru reported, in 2016 Russia reached the level of 90% in vegetables self-sufficiency, while production of greenhouse vegetables increased by 8% - to 691,000 tons.

The Russian Agriculture Minister Aleksandr Tkachyov stated that the Russian farmers should not fear lift of embargo as it would be great to maintain goods embargo against Europe for about 5 more years.