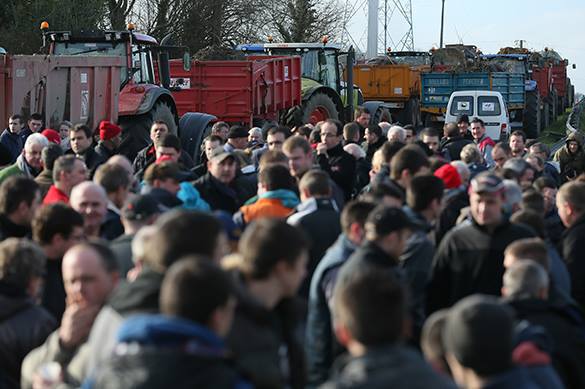 Xavier Beulin, Head of the largest trade union of the French farmers FNSEA claimed in an interview to Europe 1 about the necessity to lift Russian embargo. He also called the president of the country Francois Hollande to discuss possible lifting of sanctions with the German Chancellor Angela Merkel.

'I want to remind that it has been two years since the embargo imposed by Russia has been hanging over us. We should start trading meat, fruits, vegetables and diary products with Russia in a normal way,' Beulin stated.

Head of the trade union called Hollande to 'seriously discuss the embargo' in the course of future summit with Germany this week. He pointed out, that the French farmers suffer most of all from these sanctions.