The Russian Ministry of Defence set to the construction of a large military base in Boguchar. The town is situated near the border with Ukraine. The base will be able to repel a biological, chemical, or nuclear attack. 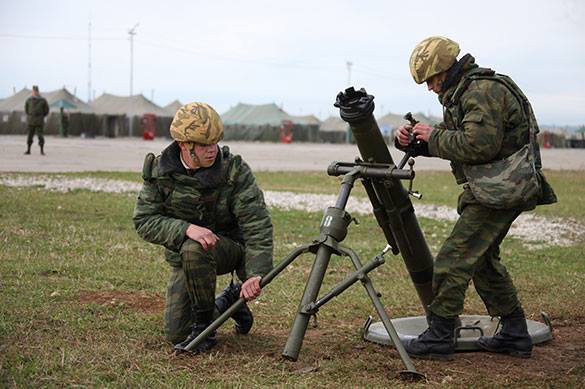 The town is situated 45 km away from the Lugansk region. According to the draft, an old military depot will be turned into a large base with dozens of buildings. Over 1,300 military equipment units and 5,200 servicemen are planned to be deployed. There will be also depots for ammunition, a medical unit, a pool and a big training centre.

The Ministry of Defence has not reported on the start of construction yet. However, the decision has been taken given a sovereign right of the country.

As it was reported earlier, another military base is to be built in Valuyki, 20 km away from the Lugansk region. The total territory of the military camp, which is to comprise 3,500 servicemen, will make up 300 ha.

There have been designed depots for missile artillery weapons of an area of 6,000 m², training and medical centres. The military also intents to train specialists on artillery, air defence, tanks, infantry fighting vehicles, and armoured personnel carriers.

As Pravda.Ru reported, a Russian military air base is being currently constructed in the Syrian province of Latakia, where 2,000 military men are to be deployed. Kyrgyzstan got rid of the Pentagon bases in its territory and confirmed the preliminary agreements with Russia to set its military base. The military contingents will be also built up in the Central Asia by Russia and other ally countries under the Collective Security Treaty Organization.