Strategic bomber Tu-95 crashed in the Khabarovsk region of Russia today, July 14. The crew managed to escape from the aircraft shortly before it crashed. There were seven people on board. 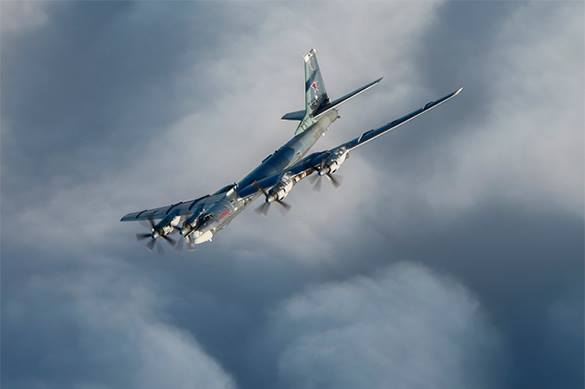 Most likely, the Tu-95 crashed because ща a technical malfunction, although other reasons are being investigated as well, Pravda.Ru reports with reference to RIA Novosti.

The site of the crash has already been found, although it has not been possible to establish connection with the crew yet.

The crashed Tu-95 did not have nuclear weapons on board, Pravda.Ru reports.

The Tupolev Tu-95 is a large, four-engine turboprop-powered strategic bomber and missile platform. First flown in 1952, the Tu-95 entered service with the Soviet Union in 1956 and is expected to serve the Russian Air Force until at least 2040.

The aircraft has four NK-12 engines, each driving contra-rotating propellers. It is the only propeller-powered strategic bomber still in operational use today. The tips of the propeller-blades move faster than the speed of sound, making it one of the noisiest military aircraft. Its distinctive swept-back wings are at a 35° angle.