Yury Baturin, Ex-Major of the Ukrainian Armed Forces of Ukraine, said that he knows about the destruction of Flight MH17 of Malaysia Airlines in the sky over the east of Ukraine that occurred on July 17, 2014. 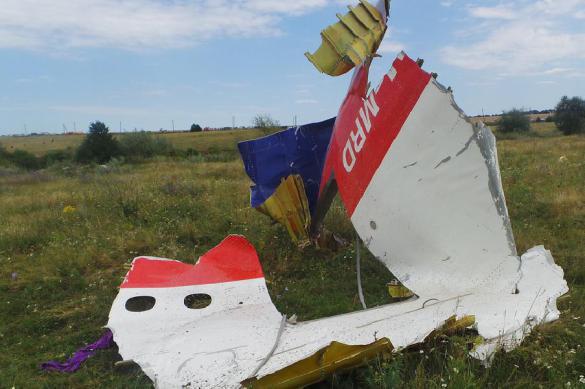 Baturin said in his interview with Zvezda television channel that in the summer of 2014 he served as the commander of A-1215 military unit of anti-aircraft missile forces near Kharkov and personally saw the passenger Boeing disappearing from the radar.

"We paid attention to the aircraft exactly at the moment when the plane disappeared from the radar screen. The mark went off," he said. Later, a military column arrived at the command post near Kharkov. The military men in the column were relocating hardware of the 156th anti-aircraft missile regiment to the area of the village of Zaroshchenskoye.

There was a Buk anti-aircraft missile system among the hardware that arrived to the deployment of Baturin's unit. According to Baturin, the plane disappeared from the radar "in the zone of action of the Buk missile system." He added that it was contractors themselves who told him about the Buk missile.

It is worthy of note that Baturin's testimony coincides with results of the experiment conducted by the maker of Buk systems - Almaz-Antey Corporation, which proved that the missile had been fired from the area of the village of Zaroshchenskoye controlled by the Ukrainian army.

Baturin made a decision to quit the Ukrainian army and move to Russia after the tragedy with Boing MH17. He added that he was responsible for every word he said. The former Ukrainian military men now resides in Russia.