The explosion in the metro of St. Petersburg was conducted by a suicide bomber, Interfax reports with reference to law-enforcement agencies. The terrorist has already been identified. Earlier, it was reported that the terrorist suspect left a suitcase bomb in the carriage and left. 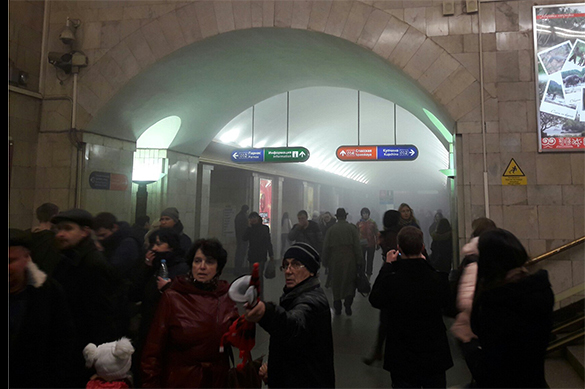 "According to one of the versions, the explosive device was detonated in the metro of St. Petersburg by a suicide bomber. According to preliminary data, this is a 23-year-old native of Central Asia," the source told the news agency.

The man, whose photo was distributed in numerous news reports about the explosions in the St. Petersburg metro, came to the police and declared himself innocent.

"He saw himself on TV, got scared and came to the police," law enforcers said, RBC reports.

Earlier, REN TV published a screenshot from a surveillance camera, which depicted the man who allegedly committed a terrorist attack. The tall bearded man is seen wearing a black hat and black clothes.

Russian President Vladimir Putin paid a visit to the site of the terrorist attack in the St. Petersburg metro in the evening of April 3. He appeared with a bouquet of red roses.  He laid the flowers at the entrance to "Technological Institute" station.

Earlier, Putin said that Russian special services would do everything to establish the causes of the tragedy.